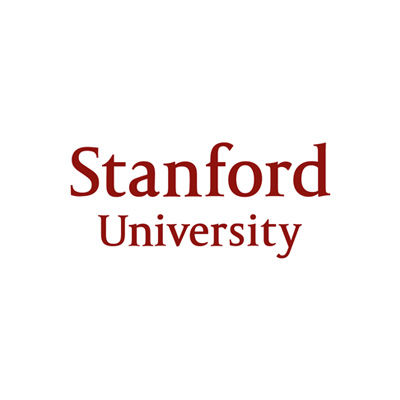 Students at Stanford University gave away $100,000 on Wednesday.

Handing out large chunks of cash sounds easy enough. But for Isabelle Wijangco, a senior majoring in human biology, it was a herculean honor that she’ll never forget.

For 10 years, Bruce Sievers has taught Theories of Civil Society, Philanthropy and the Nonprofit Sector in the political science department. The objective is to teach participants about the nonprofit sector and how it drives social change. The lesson plan in the past included allocating pretend grant funds to nonprofit organizations.

For the first time this year, the students did it for real.

The Once Upon a Time Foundation in Fort Worth, Texas, donated $100,000 to the class to be given away to Bay Area nonprofits. But the class of 21 students had to figure out whom to give it to. And they had only a short amount of time – an academic quarter – to make their decision.

For Sievers, the foundation’s donation brought a new experience to the course. “I’m chagrined to say it, but I think the class is way better with real money.”

For Wijangco, “When I learned we would be using real money, I suddenly felt an overwhelming sense of responsibility.”

For Kim Meredith, executive director of the Stanford Center on Philanthropy and Civil Society, the hands-on experience was imperative.

“Governments are stretched and corporations have a trust deficit,” she said. “Philanthropy has even more strategic value than ever. How you give and who you give to really matters.”

On the last day of class, the students handed out checks to six groups: Oakland Kids First, a leadership program for high school students ($25,000); TeachAIDS, software for HIV prevention ($25,000); NURU International, a group fighting world poverty ($20,000); Camfed Foundation, dedicated to empowering girls and women in Africa to help overcome poverty and HIV/AIDS ($15,000); Global Fund for Women, a women’s human rights advocacy group ($10,000); and Global Grassroots, a supporter of social change for the world’s most vulnerable women ($5,000).

“It was a big boost to our efforts to know the students at Stanford believed in us,” said Kimberly Miyoshi, executive director of Oakland Kids First. The money, she said, “will allow us to go into two more schools and train 50 junior and senior peer mentors who will work with freshmen to get them through high school and on to higher education.”

At the beginning of the quarter, Sievers broke his class into four teams, each of which studied a nonprofit category – education, health and environment, international development and thinking outside the box. The teams were given $25,000 apiece to distribute as they saw fit.

Each group came up with 15 to 20 candidates who were asked to send grant proposals. Five weeks into the class, the teams winnowed the applicants to three to five finalists.

Sievers encouraged his students to look at specific criteria, such as whether an organization duplicated services of other groups, how many people it reached, if it was financed well enough to sustain its mission and what impact a grant from the class would make.

Jenny Rempel, a senior majoring in environmental justice, said the process “forced me to grapple with philosophical and theoretical underpinnings of philanthropy as a sector.”

Her group – health and environment – decided to award all its grant money to TeachAIDS.

“We just found the group to have such a powerful theory of change and a really effective strategy,” she said, adding that the organization uses technology to teach HIV prevention on the Internet in countries where sex education in the classroom has been banned.

“Their budget is pretty large, about $3 million a year between donated goods and money, so we struggled with whether our money would make a difference. But in the end we thought the group had a really important mission, which they were able to carry through, and that our money would indeed make an impact.”

In making her final decision, Wijangco, who was also on the health and environment team, looked at TeachAIDS’ problem-solving methods and found that it filled a “unique niche.”

“There is so much research behind what they prepared,” she said. “Their level of detail is amazing. And they’re just phenomenally innovative.”

Both Rempel and Wijangco will be able to put what they learned in the class to practical use. Both women have been selected as Tom Ford postgraduate fellows, a Stanford program that will pay them a $30,000 stipend and provide health care benefits for 11 months of full-time service with a foundation in the United States.

“This was such a learning experience,” Wijangco said. “I’ve taken away real tangible things from the class, and from working with real money. It’s a big privilege to be trusted with something like this.”